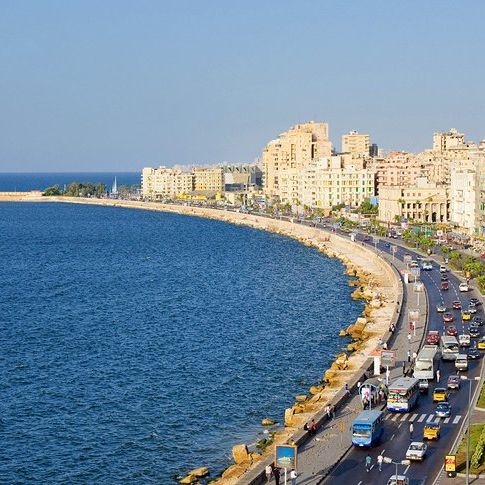 Alexandria was founded by Alexander the Great in April 331 BC as ?λεξ?νδρεια (Alexándreia). Alexander chief architect for the project was Dinocrates. Alexandria was intended to supersede Naucratis as a Hellenistic centre in Egypt, and to be the link between Greece and the rich Nile Valley. An Egyptian city, Rhakotis, already existed on the shore, and later gave its name to Alexandria in the Egyptian language (Egypt. Ra qedyet). It continued to exist as the Egyptian quarter of the city. A few months after the foundation, Alexander left Egypt for the East and never returned to his city. After Alexander departed, his viceroy, Cleomenes, continued the expansion. Following a struggle with the other successors of Alexander, his general Ptolemy succeeded in bringing Alexander body to Alexandria.

Although Cleomenes was mainly in charge of seeing to Alexandria continuous development, the Heptastadion and the mainland quarters seem to have been primarily Ptolemaic work. Inheriting the trade of ruined Tyre and becoming the centre of the new commerce between Europe and the Arabian and Indian East, the city grew in less than a generation to be larger than Carthage. In a century, Alexandria had become the largest city in the world and for some centuries more, was second only to Rome. It became the main Greek city of Egypt, with an extraordinary mix of Greeks from many cities and backgrounds.